Authored by Kane via CitizenFreePress.com,

Citing a ‘high-level source,’ Rand Paul says former CIA Director John Brennan grew frustrated that no one was giving credence to the Clinton-funded dossier, so he attached it to an intelligence report, ensuring that it would be seen by President Obama and President-elect Trump.

BREAKING: A high-level source tells me it was Brennan who insisted that the unverified and fake Steele dossier be included in the Intelligence Report… Brennan should be asked to testify under oath in Congress ASAP.

Sen. Rand Paul (R-KY) told Breitbart News exclusively on Wednesday that President Donald Trump told senators at the weekly GOP luncheon that he backs his call for an investigation into the origins of the Russia scandal “hoax” that Trump has now been cleared of by Special Counsel Robert Mueller.

“The president was at lunch today and he voiced his support for investigating the people who concocted this hoax,” Paul told Breitbart News.

“He didn’t use the word hoax, those are my words, but I think we should get to the bottom of this and he believes we should get to the bottom of this because this should never happen to another president. He feels that it’s damaging to the country, damaging to the ability to lead the country, that we basically—somebody within the Obama administration, within the DOJ and the FBI, basically concocted an investigation, trumped it up to be something that it wasn’t and then we’ve gone through two years of the country being stalled because of this fake investigation.”

Rand exclaimed (at around 3: 02): “Officials must be asked under oath what Obama knew, and when…”

When asked specifically if former Director of National Intelligence James Clapper, former CIA Director John Brennan, and former National Security Adviser Susan Rice should be called to testify about their role in the matter – and be subpoenaed to force their testimony if they refuse to voluntarily comply.

“Absolutely. We have John Brennan, who lied to us, who spied on the Senate and tapped into Senate computers,” Paul said.

“We have James Clapper who came before the Intelligence Committee and said they weren’t collecting all of our phone data. So both Brennan and Clapper have been known to lie in official testimony. They should be brought forward and asked what was their part? What was their role in ginning up this dossier? Amazingly, most media outlets wouldn’t even print the dossier because they thought it was so unsubstantiated. And then all of a sudden, the FBI gives it credence. There’s one interesting story out today that says still no one would print it, so then Comey gives it to President Trump and that’s when it’s been leaked and then we have a news story saying that this dossier had been given to the president and that became the hook or the story.”

“I think it’s a terrible tragedy,” Paul said of the investigation. “It cost us $30 million, two years to go through all of this, the media has been so consumed by all of this that they have barely had time to report on any of the real news of the day. I think we shouldn’t allow this to happen again to a Republican or a Democrat.”

For now, the full Mueller report is not yet public—and Paul said he intends to object to its full release until such time as all the documents regarding the Obama administration’s abuse of power to start this “hoax” investigation are also released.

“My plan is to object to the release of the Mueller report and/or all of the Mueller information until they also release the complete information from the White House, DOJ, FBI, on why they chose to credit the dossier,” Paul said.

This is the first part of a lengthy interview with Sen. Paul on Spygate in the wake of the Mueller probe clearing President Trump on all matters. More is forthcoming soon… 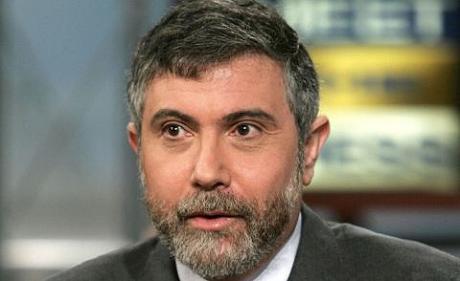