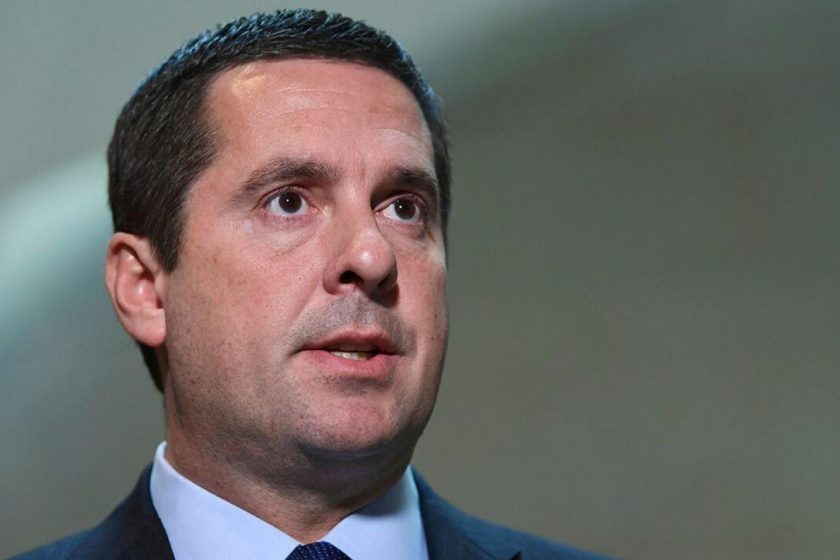 Rep. Devin Nunes (R-CA) has called on the State Department to respond to rumors of “strange requests” to use government resources to monitor journalists, according to the Washington Examiner.

Citing a letter from former GOP congressman Pete Sessions to Secretary of State Mike Pompeo, Nunes said that concerns were raised over former US Ambassador to Ukraine Marie Yovanovitch for “not serving the Trump administration well.”

“We also have concerns that possibly they were monitoring press from different journalists and others,” Nunes added. “That we don’t know, but we have people who are giving us this information and we’re going to ask these questions to the State Department and hopefully they’re going to get the answers before she comes in on Friday.”

With Yovanovitch set to testify before the House this week as Democrats ramp up their impeachment inquiry spurred by Trump’s communications with Ukraine, Nunes said Republicans “will give her an opportunity to answer these questions.”

Hannity said he has heard from multiple sources who “believe there is evidence that government resources were used to monitor communications” of American journalists, including new Fox News contributor John Solomon, related to Ukraine and posited that Yovanovitch may have been involved.

But Nunes would not get into specifics and noted that if there was some sort of surveillance, it may have been done properly. –Washington Examiner

“What I’ve heard — and I want to be clear — there’s a difference. What I’ve heard is that there were strange requests, irregular requests to monitor not just one journalist, but multiple journalists. Now perhaps that was OK. Perhaps there was some reason for that — that it can be explained away. But that’s what we know and that’s what we’re going to be looking into,” Nunes concluded.