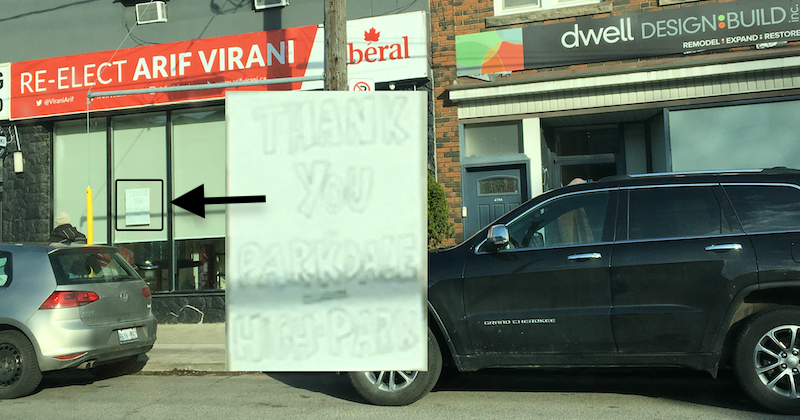 Authored by Mark Jeftovic via Guerilla-Capitalism.com,

I managed to catch a glimpse of Arif Virani’s campaign headquarters when I was driving down Jane St. in Toronto the other day. Virani is the Liberal MP for Parkdale / High-Park, whom I went up against in 2015 when I ran for the Libertarian Party of Canada.

At one of the town hall debates I met him, he’s a nice enough guy. A couple of his campaign staffers even signed by nomination form so I could get the requisite 100 signatures to get onto the ballot. I remember during that debate, Virani was talking about a recession and he was emphatically lambasting the economy along the lines of:

At which point I leaned over to Peggy Nash, the NDP incumbent who was about to lose her seat to him, and muttered, “If Larry Summers endorsed my economic policy I’d keep my mouth shut about it”.

He won, and was re-elected in this past election, helping the Liberals hang onto a minority government. For now anyway.

When I saw the HQ storefront I couldn’t help but notice something, and in that instant I realized what I was looking at was a microcosm of the entire political process.

This would have gone up before the election:

It’s custom printed. Looks good, tight, crisp. It’s professional. It took some effort and planning and a bit of money to create a banner to earnestly implore the citizenry of this riding to re-elect their dutiful MP. In the run-up to an election, everything must be on message and look good.

And it all worked. Or at least helped. Arif wins his riding and keeps his seat. Of course, now it’s after the election. What is the messaging now?

This looks like somebody’s kid did it with a crayon. And why not? It doesn’t matter now. The populace has already fulfilled their role. They pulled the lever they were supposed to pull and they don’t even get a piece of cheese. They get this crappy “thank you” that looks like it was pulled out of a pre-schooler’s hamper.

One of the reasons I feel less anxiety about all the crazy, increasingly Marxist promises a lot of politicians are making in order to get elected these days is the realization that they are all probably lying anyway. Ironically, that makes me feel better.

It is all just veneer, designed to get the rabble to pull the correct lever. Don’t pay attention to what they’re being told in order to induce them to do it. Let’s say for example, that AOC were to actually become president in 2024, running on a 10 trillion dollar New Green Deal platform. What the rabble who voted for it will probably get in exchange is a nationwide ban on plastic straws and not much else. Then in the fine print of some future debt ceiling showdown, maybe coal gets reclassified as a renewable energy and all involved declare victory. Politics as usual.

A marketing guru friend of mine once told me “Don’t think like a fisherman. Think like a fish”.  George A. Akerlof and Nobel Laureate Robert J. Shiller wrote an entire book about exactly this called Phishing for Phools. In the chapter on the political process it is specifically observed that:

The winning electoral strategy with phishable voters is threefold:

With such rational strategies for winning elections, we do not get the median voting theorem as describing political outcomes. Instead we have a political phishing equilibrium.

In other words, tell them what they want to hear. Put on a good show. Get them to pull the correct lever. Then you can safely forget about them. Keep the people who contributed to your campaign happy, and next time out you’ll have plenty of money to print up nice, professional looking “Re-elect me!” banners. 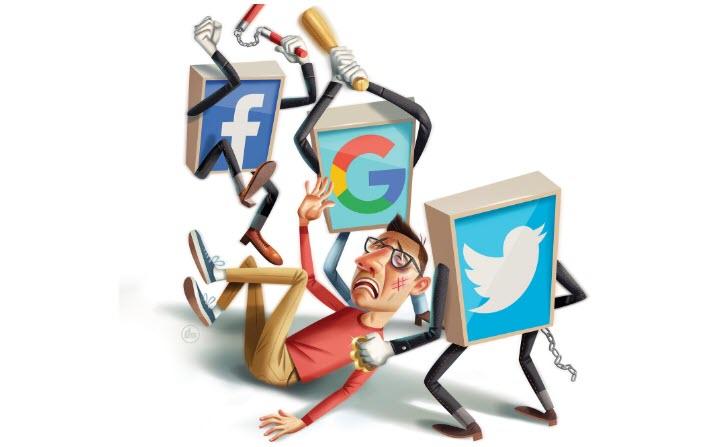