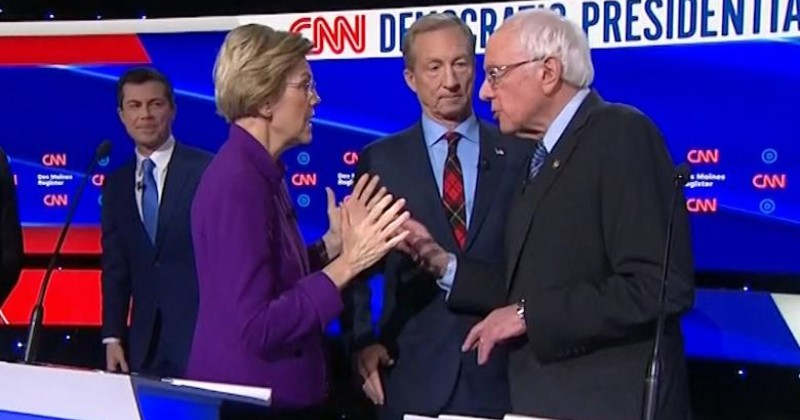 Following the conclusion of the event, Sanders went to shake Warren’s hand, but she clenched her fist and engaged in a terse conversation with the socialist Senator. Bernie then pointed at Warren and held his hands up.

Right after the debate ended, Bernie Sanders extended his hand for a handshake and Elizabeth Warren straight up rejected him.

Earlier in the debate, Sanders was asked about Warren’s claim that he told her in 2018 that a woman could never win the presidency.

Despite Sanders denying the accusation and referencing decades old footage where he had said the opposite, the CNN host immediately asked Sanders, “What did you think when Senator Sanders told you a woman could not win the election?”

CNN: “You’re saying that you never told Senator Warren that a woman couldn’t win the election?”

CNN: “Warren, what did you think when Sanders said a woman couldn’t win the election?”

Warren then played the identity politics card by asserting that the only people on the stage who had not lost elections were the women.

She then claimed she was the only person on the stage to have “beaten an incumbent Republican any time in the past 30 years.”

“Well as a matter of fact I didn’t say it, and I don’t want to waste a whole lot of time on this because this is what Donald Trump… would want.” https://t.co/4dWmzu2vWF #DemDebate pic.twitter.com/Lt9Y8n2SaP

The next time Bernie got an opportunity to speak, he completely demolished this claim, noting that he beat an incumbent Republican in 1990.

Warren was then left gawping with her mouth open as she failed to grasp the fact that 1990 (November 1990 to be exact) was in fact within the past 30 years.

For dumbest debate moment, Warren and Sanders argue about whether “in the last 30 years” is inclusive or exclusive of 1990 🙄 pic.twitter.com/LGC23cClLC

The real reason Warren refused to shake Bernie’s hand was because Bernie completely humiliated her and made her look totally incapable of doing basic math.

This completely undermined Warren’s ‘girl power’ schtick by making her look stupid and fulfilling many of the stereotypes about women in politics that her entire approach to the topic was meant to extinguish. 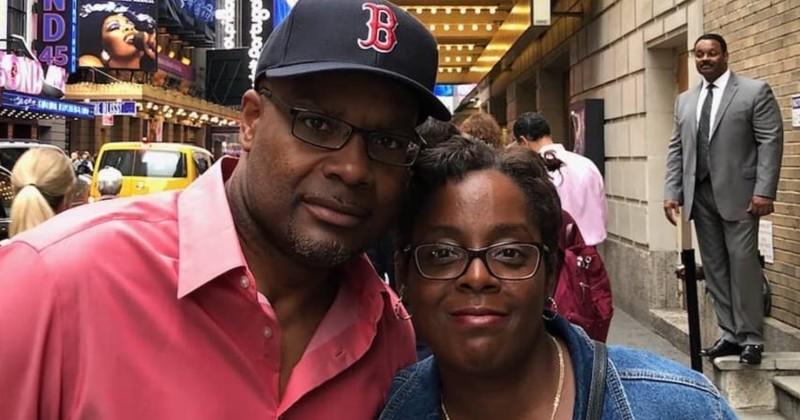 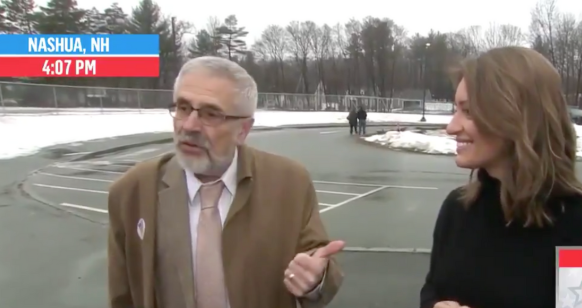 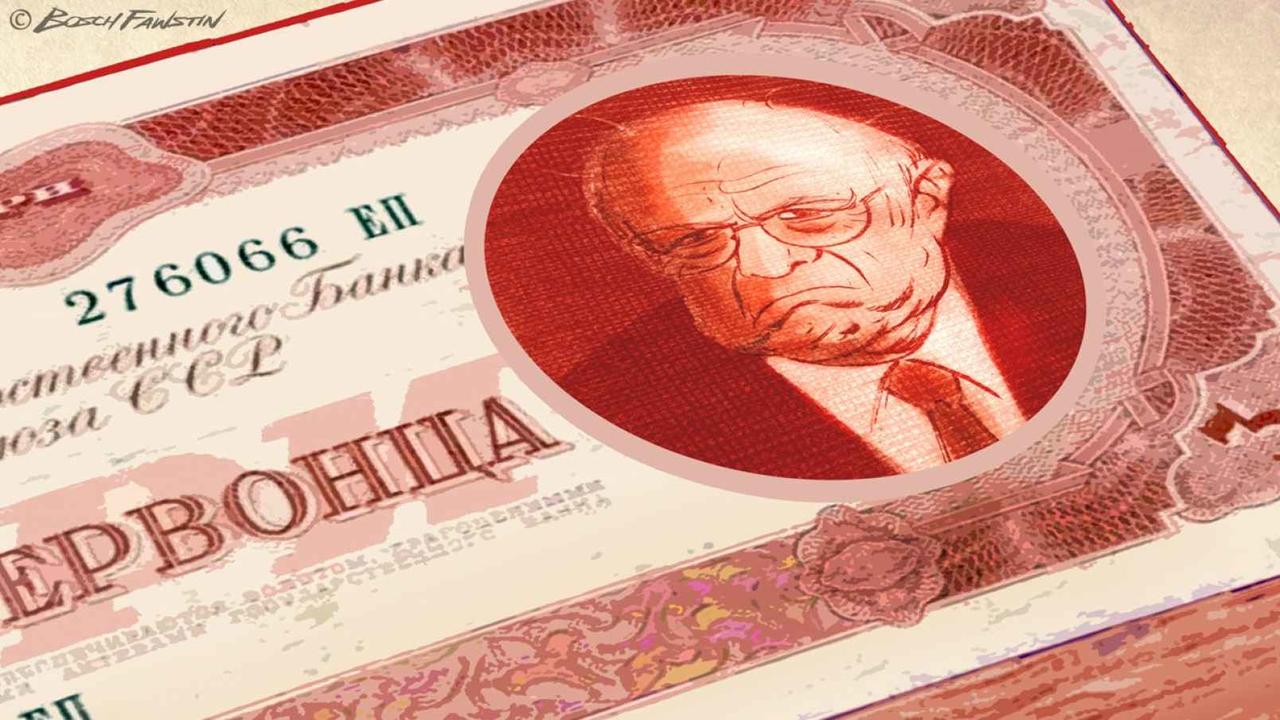 Bernie Sanders Is Funded By The Wealthiest Zip Codes… 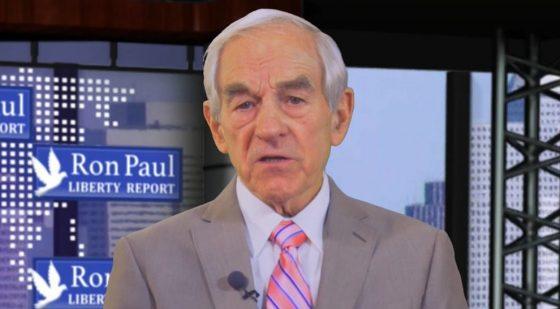 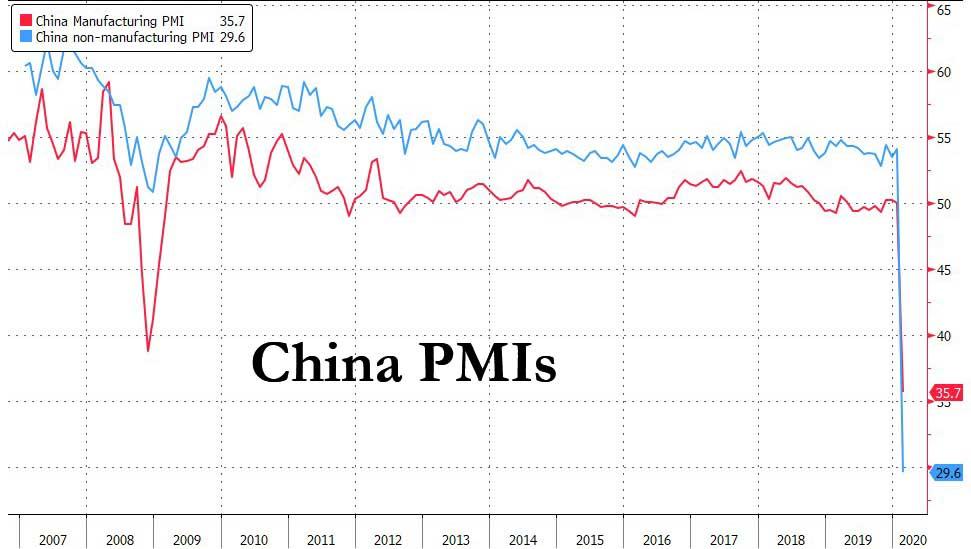 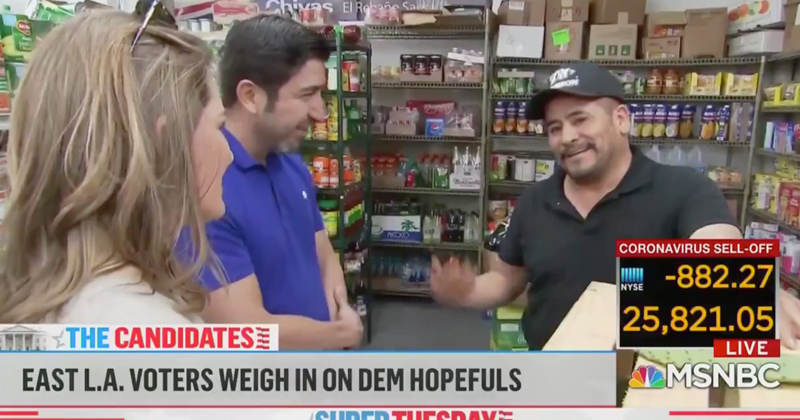